Enter your City name or Pincode

Kalaburagi, also known as Gulbarga, is the major city located in North Karnataka. Gulbarga in Urdu means city of flowers and gardens. Later it was renamed as Kalaburagi (Kannada) where Kal- means stone in Kannada and buragi- means Fort.

Earlier, it was a part of the state of Hyderabad but then became a part of the newly formed state of Mysore, which also known as Karnataka now, through the State Reorganization Act in 1956. The district lies in the valley of River Bhima and River Krishna also flows through the city. Moreover, Kalaburagi is fast developing city and comes under Gulbarga Metropolitan Area.

The city’s vibrant heritage and culture can be seen through its architecture and art. Kalaburagi is famous all across the country for its enormous forts and other places of historical and religious importance. It seems as if all the dynasties and rulers who have ever ruled this city have left a mark of their existence. 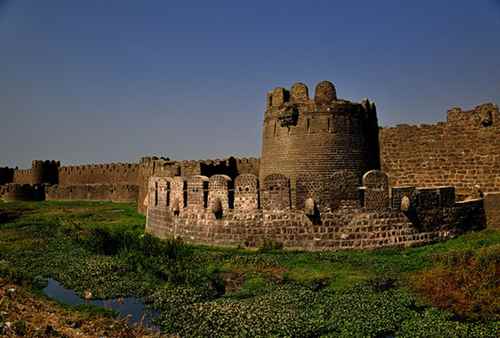 The fort is located in Kalaburagi city which was earlier also known as Gulbarga. It was originally constructed by Raja Gulchand of the Warangal Kakatiyasbut was later fortified in to West Asian and Europian architecture in 1347 by Al-ud-din hasan Bahmani of the Bahmani Dynasty, it is significantly spread enormously and has a number of other Islamic monuments, mosques, tombs and palaces within itself.

The Jama Masjid is located within the fort and was built in 1367 to memorialize Kalaburagi city as the capital of the Bahmani Dynasty. The masjid is one of the first mosques to be constructed in South India. Built in Persian Architectural Syle, the masjid is enclosed with elegant domes and beautiful carvings, making it only one of its kind all over India. 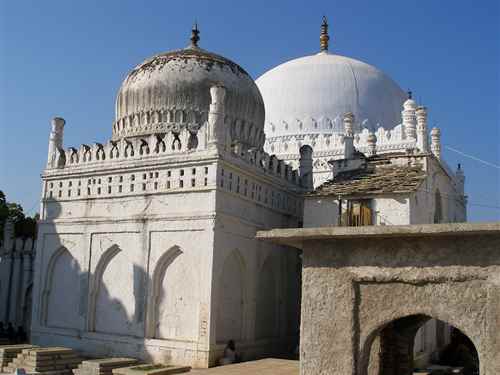 This is the tomb of the Sufi Saint Syed Mohammad Gesu Daraz, also known as Kwaja Bande Nawaz. The tomb is built in Indo-Saracenic style, with painting and carvings on the walls and ceilings of the Darga, all influenced by the Bahmani culture. One can understand that the architecture are also influenced by the Turkish and Irani style as well. A fair is held in November every year, which captivates religious travelers, devotees and communities.

The temple is a shrine constructed in memorial of an esteemed Hindu teacher and philosopher, Shri Sharana Basaveshwar. He was known for his philosophies of Dasoha (giving is earning) and Kayaka (an advancement of the Karma doctrine).

The temple is the destination of the historic car festival, which is attended by people from all around the world, keeping aside all communal lines. On this occasion which is held once in a year, the Prasada Battala (silver plate used by the saint) is displayed to the devotees. This car festival is celebrated with great enthusiasm and devotion every year.

Other places of Attractions in Kalaburagi

The city has been a part of the Delhi sultanate for a really long period of time and thus, the influence of Islamic culture can be noted specifically. Kalaburagi has the largest collection of Islamic art. The tomb of Sufi saint Syed Shah Qhabulullah Husayni has an engraved domed ceiling and the walls of the tomb are carved out in mesmerising paintings and intricate patterns of geometric shapes. Since no images of living beings were allowed inside the tomb, so the artists indulged his creativity in imagining and developing new designs for religious texts and improvising and adding further delicacy to the floral and geometric designs inside the tomb.

The decline of the Bahmani Dynasty did not dim Karnataka’s glory. High patronage was witnessed during the reign of Barid Shahi and Adil Shahi which helped in maintaining the beauty and encouraging Islamic art. By the end of the fourteenth century, the art and patronage were documented all around the country which later showcased distinguished cultures that have been a part of the country for centuries. Such documentations prove that India has one of the finest arts of Islamic Culture which exists still today.

Are you a Business Owner?

Add the products or services you offer