* In case of any delay in receiving the OTP, you may verify it later. Please proceed without verification.

Your mobile number is not registered with us. Please register your mobile no.

Enter your City name or Pincode

Kalaburagi, also known as Gulbarga, is the major city of the Northern Karnataka Region. Gulbarga in Urdu means city of flowers and gardens. Later it was renamed as Kalaburagi (Kannada) where Kal-means stone in Kannada and buragi means Fort, effective from 1st November 2014.  Earlier it was a part of the state of Hyderabad but then became a part of the newly formed state of Mysore which is now known as Karnataka in 1956 through the State Reorganization Act. The district lies in the valley of River Bhima and River Krishna also flows through the city, making the land fit for agriculture. Moreover, Kalaburagi is fast developing city and comes under Gulbarga Metropolitan Area. The city is a part of a vibrant heritage which can be seen through its architecture, art and culture. Kalaburagi is famous all across the country for its enormous forts and other places of historical and religious importance. 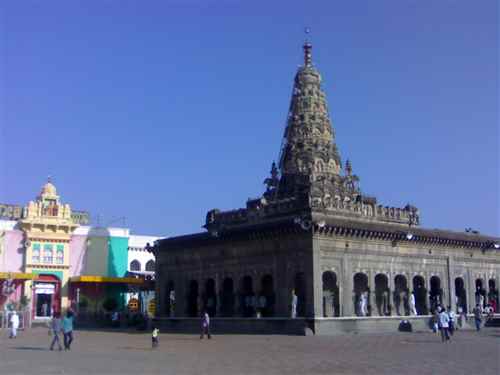 The history of the city can be traced back to 6th century. The Chalukyas ruled the region for over 200 years. However, the city was taken over by the powerful Kalaharis in the 12th century. At the end of the 12th century, the supreme reign of the Chalukyas and Kalachuris was ravaged by Yadava and Hoysalas. But around the same time, Kakatiya, kings of Warangal, gained authority over this region and ruled with proudly till 1321 A.D. when the whole of the Deccan, was under the control of the legendary Delhi Sultanate. The resistance of officer appointed from Delhi led to the discovery of the Bahmani Sultanate in 1347 CE by Zafar Khan Alaudin Hasan Gangu. With the end of the dynasty in 1428, the kingdom broke down into five independent sultanates. In the 17th century, Deccan was again conquered by Aurangezeb and became a part of the Mughal Empire. The Mughal Empire declined in 1948 and in 1956; Kalaburagi became a part of the Mysore state.

The overall climate of the city of Kalaburagi is dry. It experiences scorching summers, dry winters and cool monsoon. The summers come in the end of February and last till June, followed by the season of monsoon. Winters set in by the middle of October and last approximately till end of January, which is the ideal time to visit Kalaburagi.

The hot and humid climate of the city which lasts for the majority of the year is suitable for horticulture as well. The district has high quality black soil and parent basalt rock which enables excellent growth of Tur Dal. Kalaburagi has huge estimates of limestone reserves, along with granite and quartz too.
Kalaburagi is enclosed by the rivers in the southern and western boundaries. River Krishna flows alongside the southern boundary and River Bhima flows in the north. The city is almost located in the valley of River Bhima, this is a sight of beauty. There are other small river that flow in the region like Amaraja, Mullamari, Bennithora, Kagina and Bori.

Auto rickshaws are another useful means of travel through the city, especially for small alleyways for the people of the city and travelling as well.

However, it is not possible to explore whole of the city of Kalaburagi by travelling in buses or cabs. One can gain first-hand knowledge about the culture and heritage of the city also.

Kalaburagi is well-connected to major cities such as Bangalore, Chennai, Trivandrum, Hyderabad, Mumbai, Ahmedabad and New Delhi. It is connected to three domestic airports of Belagavi, Ballari and Hubballi and three international airports like Goa, Hyderabad and Bangalore, via bus and cab routes.

Are you a Business Owner?

Add the products or services you offer